So – we’ve covered what a disruptive brand is, but what do they actually look like? Here’s a quick round-up of a few brands and companies that have shaken up their industries.

Originally, AirBnB’s offering was completely unique; really cheap, mainly low-quality accommodation. This appealed to those without a Four Seasons budget, but who also didn’t want to get bedbugs from a hostel. It offered a personal experience and a chance to meet new people by staying in their actual homes – it doesn’t get much more disruptive than that. Nowadays, with the introduction of AirBnB plus, guests can browse a range of premium homes, while asset-rich chains like Marriott struggle to keep up.

The UK sends £20 billion worth of food to landfill every year. The people at Olio thought that was ludicrous and decided to do something about it – rightly so – and Olio was born. Olio is an app that connects neighbours with each other so surplus food can be shared, not thrown away. This includes food nearing its sell-by date, spare home-grown vegetables, or the groceries in your fridge when you go away. Since 2015, 2,337,250 portions of food have been redistributed, and the app has 1,365,503 users across 49 countries. Sustainable and disruptive – cool. 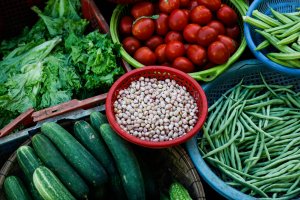 Featured in every ‘disruptive brands’ article ever published, Google are the leaders in disruption. From humble beginnings in a garage in 1996, Google is now the most visited website ever. Recent advancements include their Google Lens, which uses AI-powered tech to scan the world around us and instantly show web results. Google Docs have facilitated collaborative work for years, and have undoubtedly increased productivity levels away from the saving and attaching of word documents. Google has truly changed the way the world works, and its impact is immeasurable; a true sign of a disruptor.

The Encyclopedia Britannica is great. It’s 32 volumes of pure, fact-checked, useful knowledge, used by boffins since its launch in 1768. However, it also weighs 129 pounds, the same as a Spanish Ibex – that’s the sort of fact you find in there. It’s not very portable, and costs upwards of £900. However, Wikipedia is available on mobile devices, is completely free, and gets updated every few seconds, not every few years. Wikipedia truly revolutionised the information access game, and puts those without access to high quality literature are on a more even playing field. Truly disruptive. 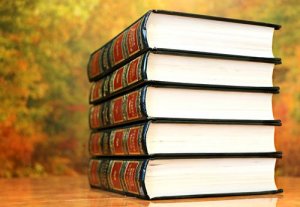 Alex Ferguson’s 1995 Manchester United side had an average age of 26 over the course of the season. After losing their first game to Aston Villa, Liverpool legend Alan Hanson quipped “you can’t win anything with kids”. United went on to win the Premier League and FA Cup that season. By the time Ferguson retired in 2013, they’d become the most successful English football team in history, achieving Ferguson’s dream of ‘knocking Liverpool off their f*cking perch’…!