From Start-Up To Scale-Up : The Power of WHY - Recart

From Start-Up To Scale-Up : The Power of WHY

If you’ve sat for any amount of time on social media (probably Instagram) you’ll have seen an ad for a start – up company. You know the ones – think vegan snacks, jazzy gym wear and some eco-friendly artisan gin endorsed by an influencer no-one’s heard of…

You get the picture.

The number of start-up gin companies in the UK has tripled in the last five years.

From plastic-free shower goodies to luxury trainers, new and hip companies are popping up left, right and centre. Indeed, in the golden age of tech and communication, it’s easy for anyone to come up with an idea and monetise it.

And monetise they have.

Let’s take Gymshark as an example. The company was founded in 2012 by a 19-year-old working out of his mum’s garage. Thanks to a hugely original and innovative social media campaign (which created an astronomical surge in brand awareness), fast-forward eight years and Gymshark’s annual turnover is just short of £130 million.

Gymshark’s message has always been plain and simple: We want people to be able to feel AND look good in the gym, so we’ve created a line of sportswear that does just that. 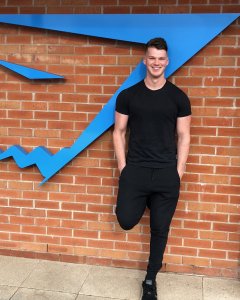 Here at Recart, our mantra is “with the right people in the right seats, united by purpose and values, amazing things happen” and we think this rings true with a lot of new start-ups wanting make a huge, creative impact on social media.

How start – up companies brand themselves is absolutely critical to their success, because every other start – up has access to the same marketing tools.

It’s never been more important for companies to outline their “Why” – and be damn clear about it when they sell themselves. People aren’t interested in what you do, or even why you do it. They’re interested in WHY you do it.

Do you drink Coca-Cola because they’re a global fizzy drinks company? (No)

You buy it because it evokes feelings of refreshment and happiness.

Do you buy an Apple product because they’re a global technology company founded in 1976? (No)

You buy it because Apple are pushing the boundaries of technology and inspiring new ways of living and interacting with tech. (And because, y’know, everyone else has one).

And this us brings us to our next, and final question.